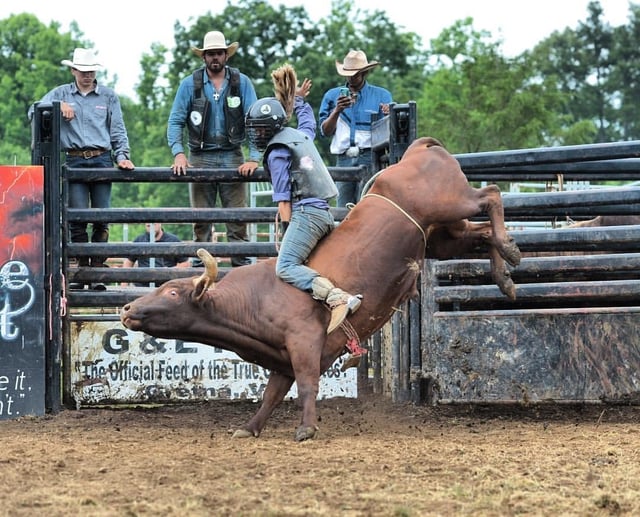 From Skating Rinks to Rodeo Rings

Here at Kerusso®, we love sharing the stories of inspiring people who let their love of Jesus shine through everything that they do. We recently sat down with Female Bull Rider Jorden Halvorsen, who collaborated with us to curate The Fearless Collection, and who shows us what it means to be fearless through Christ, even when facing a Bull.

Jorden is a former figure skater who ditched her skates for a pair of spurs. She is now making a name for herself in a male-dominated sport that tests the courage of even the toughest athletes.

Although she has ridden horses since childhood, Jorden has no family history of bull riding. Her trainer suggested she try bull riding just to mark it off her bucket list. She went to a practice pen, got on a bull, and to her surprise, fell head over heels for this rugged sport. Considering the average bull weighs 1500 pounds, some even more, competing as a female bull rider is no small feat.

Jorden has been riding for about 5 years, and trains alongside her fiance, who is 100% supportive of her competitive efforts as a bull rider. She describes the sport as “a bit of a bumpy path.” Between injuries, which are not unusual for this sport, she still loves the thrill of being in the ring and anticipating the moment the gate opens as she does her best to stay astride the bull. 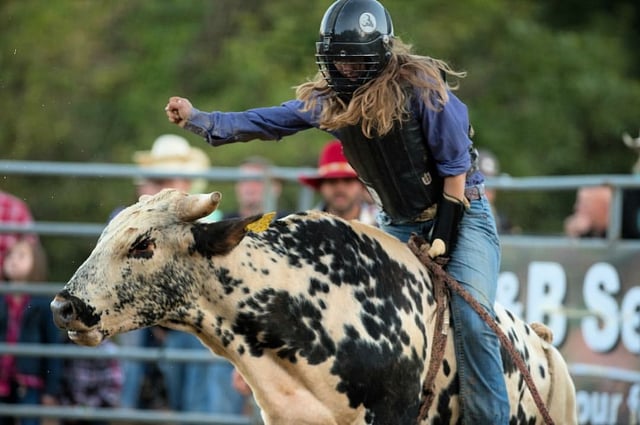 Jorden admits that the potential for injury lingers in the back of her mind. She prays for God’s protection before each ride, which shores up her resolve and sends last-minute nerves packing. She is inspired by PBR rider Cody Nance, whose excellence as a competitive bull rider, as well as his faith, make him a Christian athlete worth noting.

So, what does a fearless bull rider do for fun? She loves to ride horses, which also helps with her bull riding, and also enjoys going to the ice skating rink every now and then.

Jorden says her faith reminds her that anything is possible with God,

and she finds motivation and confidence in His word on a daily basis.

Jorden offers this encouragement to her fellow female athletes, “Never give up, never quit trying. You have to put in work to see the results. One of my favorite sayings is ‘Hard work beats talent; when talent doesn’t work, work hard.’ There is one thing you can’t teach in any sport, and that’s the amount of try you have.” 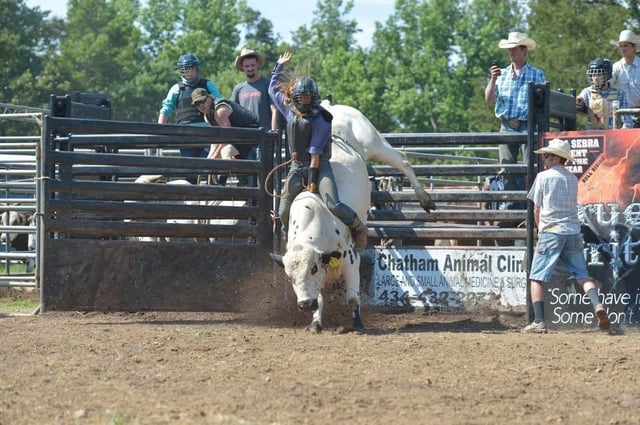 Jorden has been invited to compete in Australia’s Professional Bull Riding event at the end of 2018. She is working hard toward that goal.

The Fearless Collection, curated by Jorden especially for Kerusso®, includes original designs that remind her of God’s goodness in her battle against the bull. Prayer and a steadfast faith are her secret weapons in this action-packed sport, and she leans on God’s promise found in her favorite verse, Philippians 4:13: “I can do all things through Christ who strengthens me.” 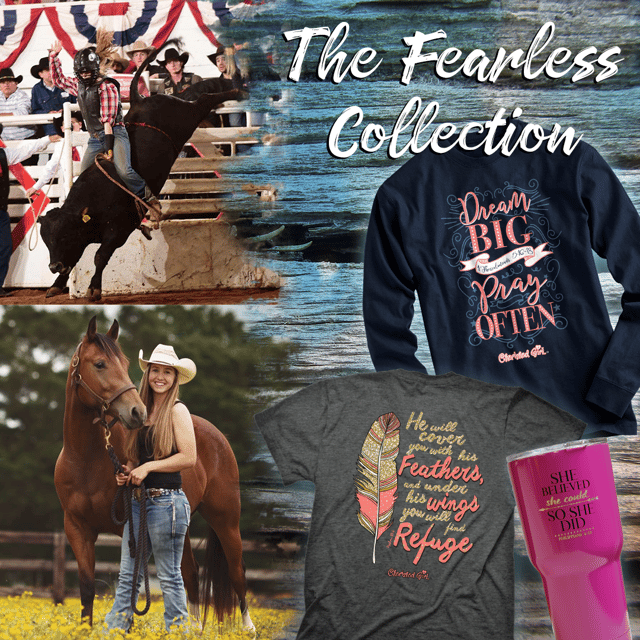