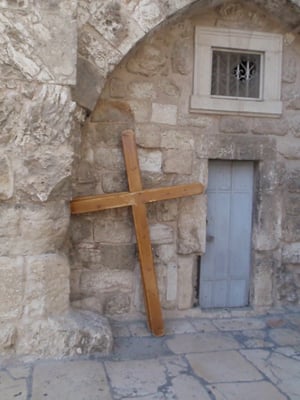 Imagine a Jewish family, huddled in their modest home in Egypt, during the height of the power of the pharaohs. This is very early on in the Bible, not so long after the flood of Noah’s time, and the Lord is about to deliver His people from slavery, led by the famed Moses.

You can read about this story in Exodus, where we find that God has “compelled” a stubborn Pharaoh to let the Hebrew slaves go. As the night before their journey to the Promised Land begins, God tells the people that not only is this night unlike any other night of their lives, they will remember it with an observance…forever. Today, Jews all over the world – secular and religious – still observe Passover.

These stories are the beginnings of what could be called renewal narratives. Just as the earth was replenished after the destruction of the flood, so is the story of Passover one of freedom and renewal.

The celebration of Passover arrives every spring, and so closely parallels the Christian observance of Easter that the two special occasions often overlap on the calendar.

In ancient times, rabbis believed that the verse, “You go free on this day, in the month of Aviv” (Exodus 13:4), refers to early spring. Aviv, in Hebrew, speaks to crops and harvest.

We know that Jesus entered Jerusalem during what is called the Passion Week, in anticipation of his sacrifice on the cross. That dark moment was forever obscured by His triumphant resurrection only days later. It seems appropriate that the early Church began celebrating His Resurrection in the spring, and, of course, we do so today.

The gift of Max Lucado’s words reminds us of the Easter power that echoes through the ages:

“The Christian hope depends entirely upon the assumption that Jesus Christ died a physical death, vacated an actual grave and ascended into heaven where he, at this moment, reigns as head of the church.”

Faith in Christ and His triumph over death are the beginnings of a new life, free of pain and struggle. Is it any accident that the Lord reminds us of this each year, early in the year, after the winter cold and darkness have been banished?

Lucado again speaks of this renewal:

“Let this hope for tomorrow bring strength to today. Some of you indwell such road-weary bodies: knees ache, eyes dim, skin sags. Others of you exited the womb on an uphill ride. While I have no easy answers for your struggle, I invite… no, I implore you to stand with me on the promise of Paul.”

So we’re not giving up. How could we! Even though on the outside it often looks like things are falling apart on us, on the inside, where God is making new life, not a day goes by without his unfolding grace. These hard times are small potatoes compared to the coming good times, and the lavish celebration prepared for us. There’s far more here than meets the eye. The things we see now are here today, gone tomorrow. But the things we can’t see now will last forever (2 Corinthians 4:16-18).